‘I Hated Geothermal. Then I Realized it is Now Scalable’ – An Interview with Vik Rao

For a vast majority of the population if you ask about wind and solar, most understand what the resources are and what their value proposition is. If you ask about geothermal, on the other hand, most think of Iceland, Yellowstone, and heat pumps. Geothermal energy exists today in places where by chance, the right conditions – heat, permeability, and the presence of substantial amounts of water – are all very close to the surface naturally. And looking at earth’s total landmass, the number of places where those unique conditions occur is incredibly small. As a result, the resource is largely absent from the public energy debate, energy policy discussions, and strategic plans of major energy companies.

But anywhere in the world if you drill far enough, you reach boiling, even supercritical temperatures. In most places, temperatures sufficient to produce geothermal energy efficiently can be found at 10 km or shallower. If we harden existing directional drilling technologies to operate at higher temperatures, we could drill for geothermal energy anywhere in the world. Indeed, even without significant technological developments, we could be drilling for geothermal energy on a much larger scale today utilizing off the shelf technologies from the oil and gas industry. Oil service companies, with their synergistic skillset, technologies and workforce could quickly lead this charge. So, what are the short and long term opportunities for oil service companies in the geothermal space? And why should oil service companies and operators alike, who have traditionally declined to engage heavily in geothermal, take a second look?

To explore, I talked with Vikram (Vik) Rao, former Senior Vice-President and Chief Technology Officer at Halliburton. A materials scientist and author, Vik now serves as an advisor to a number of energy related firms and as Executive Director of the Research Triangle Energy Consortium. This interview has been edited for length and clarity.

JB: When we first met years ago, I could barely get you to engage with me on geothermal. Now you serve as an advisor to geothermal companies. What changed?

VR: I hated geothermal. It was small. Nichy. Expensive. It was certainly not an opportunity that would have interested any oil major because it was just too geographically limited. And I think we’ve seen that over the years, where operators tried a decade ago to invest in projects only to painfully divest and walk away (hello forays in the Chukchi Sea). But then came the hydraulic fracturing based shale oil and gas boom, uniquely enabled by a flourish of technologies, some disruptive. Meanwhile, offshore, the industry took huge strides in HTHP technology development. Suddenly we have found ourselves in a situation where entirely new capabilities are enabled in drilling and exploration. Deep very hot geothermal development looks approachable. Suddenly we are talking about building on a new technology base to exploit heat reservoirs rather than fluid. What this all means is that geothermal is no longer a niche play. It’s scalable, potentially in a highly material way. Scalability gets the attention of the industry. Scalability is required for industry to pursue the opportunity profitably. If we are now considering a possible future of being able to drill for geothermal energy in most places, instead of just where the resource is close to the surface and easy to access, that changes the calculus. A scalable geothermal concept that I found convincing for its potential for oil and gas industry engagement is EGS, or engineered geothermal systems. For full disclosure, I advise Fervo Energy, a startup in that area. I’ve more recently become interested in future concepts like supercritical and closed loop systems, in part because they are complementary to EGS, and the scale is considerable provided the techno/economic hurdles are traversed.

JB: Tell me what the future of geothermal energy looks like from an oil service company perspective? Where are the opportunities?

VR: In the near term, oil service companies should start engaging in geothermal projects to a greater degree. Though the technologies and methodologies used in drilling for oil and gas and geothermal are similar, oil and gas companies have not optimized their operations for geothermal conditions and requirements. I think there could be some quick learning in the industry in the near term in drilling wells that are hotter than oil and gas is accustomed to currently. Optimizing operations for the 150-200C range would be a good start if the goal later is 250-300+C. The upper end of the first range would serve the needs of EGS. We will need some technology development to enable the higher temperatures, but we will learn a lot about the real pain points as we go. Looking further down the road, say in the 5-10 year range, my guess is that a critical mass of operators are going to throw their hats into this arena, and the oil service companies who have positioned themselves as leaders in high temperature and pressure drilling are going to own this future. The business model will remain as now, where operators will explore for and produce geothermal energy, and oil service companies will drill and complete the wells. The opportunity is in the here and now for oil service companies to get out in front. I recognize that these are tough economic times for investment. Even so, worthwhile to note that while the parallel does not strictly hold, all the key enablers of shale oil and gas were invented in the oil price doldrums of the nineteen eighties.

JB: Some geothermal concepts, like EGS, require hydraulic fracturing. From a public relations standpoint, can frac’ing be repurposed into a clean energy technology realistically?

VR: Induced seismicity would be the only frac’ing related concern in these types of prospects. The risk ought to be minimal for two reasons. One is that these are carefully engineered, with an excellent understanding of the subsurface stress states. This understanding includes the locations and types of faults in the area. Induced seismicity requires a proximal active fault, and the amplitude of the event is proportional to the length of the fault. Avoid these situations and the risk is minimized. The other reason for diminished concern is that in EGS, a high reliance is placed upon the utilization of existing natural fracture networks. The energy required to open an existing natural fracture is much less than that to create new fractures. Expect lower energy release from the fracture event when natural fractures are involved than when new fractures are initiated and propagated.

The supercritical/closed loop genre of geothermal energy does not involve hydraulic fracturing, and would thus avoid the issue of seismicity altogether. Although, interestingly, the industry has experience frac’ing wells in tight rock at close to those depths in the Paleogene. In deep water, no less. I’ll also note that closed loop may be the only scalable geothermal option for countries in the world which have banned hydraulic fracturing.

JB: How realistic is the concept of a pivot by the oil and gas industry to drilling, exploration and production of heat as the new energy asset – how do you see this unfolding over the next decade?

VR: This pivot necessarily recognizes that the product is now electricity, not a fluid powering transportation. By playing in both areas, the operator could watch the electric vehicle (EV) transition rate and adjust the balance of the portfolio accordingly. Absent the pivot, they would be on the sidelines, except for possible investments in wind or solar, neither of which are helped by operator core competencies. I think that point is important enough to emphasize: oil and gas companies are already well on their way to becoming power producers, but in areas where they are not leveraging their strengths, people and technologies. Both principal approaches to scalable geothermal energy, EGS and closed loop systems, demand existing core competencies in the operators and service companies, and I would argue that fact not only makes the pivot realistic – it makes it obvious, even inevitable. Another point is that it really is not a pivot in the sense that I expect geothermal to be a material addition to an oil and gas portfolio. And as an aside, in terms of investment, just as a frame of reference, I would take the flyer in this space before I would invest in the Arctic. Again.

JB: Do you have a take on the relative acceptability to operators of the two principal types of scalable geothermal offerings – EGS and Closed Loop Systems?

VR: Almost apples and oranges. EGS has no real operational hurdles provided state of the art oil and gas technologies and methodologies are utilized. If a few stages are piloted, and deliver, the scale up to multiple stages is straightforward. This is largely because the thermal regimes are moderate compared to those of the supercritical/closed loop systems. The latter are going to require development of technologies to extend the current capabilities in temperature and pressure. Doable, but will take time. I would characterize supercritical/closed loop systems as a longer term option that is likely to be more scalable than EGS. Basement rock with the right thermal character is essentially ubiquitous. The only question is how deep. The prospect of being able to drill for and produce a baseload source of clean energy anywhere you need it is alluring, and operator engagement is going to depend on the investment horizon of each entity. I see EGS methods as serving a shorter-term market segment. Then comes the segment served by closed loop geothermal in deeper basement rock, but accessible by incremental advances in current HTHP capability. Finally, I see the deeper, hotter “reservoirs” market, served by step-out drilling means such as laser drilling (I use that term loosely to include any electromagnetic energy means for destroying the rock), or some other non-conventional method. Perhaps these will end up being points of differentiation between operators in the future, where some lead the charge in E&P for EGS, and others for closed loop and supercritical. Could be that some buy optionality by attempting both.

JB: Does the price war, current oil prices and COVID-19 change your view? Many fear that oil companies will tighten their belts and dump their clean energy initiatives and investments. What does this look like in your opinion post apocalypse?

Two points. Rather, three. First. Like apocalypses of the past, this one will end, and with its end, and the resulting economic recovery, will come the recovery of oil prices. The question is only timing. I would be remiss in not mentioning a wild card: oil demand destruction attributable to COVID-19 forced behavior change. Businesses previously unused to remote employees may see the allure of that. We shall see. Two, I would argue that oil and gas companies, particularly operators who are vulnerable to price wars, would be smart to consider how much insulation from those forces a material investment in geothermal energy production might provide them. When you’re drilling for heat and producing the power where it is being utilized, oil price wars have zero impact on that portion of the portfolio. Third, with regard to a potential pull back on diversification and clean energy investments, it is a natural and logical reaction to refocus on core competencies and cut ancillary activities during difficult economic conditions. But I think geothermal offers a unique bridge between the traditional nuts and bolts of the industry – drilling, exploration, etc. and clean energy. It is precisely that aspect of the concept – the fact that it leverages industry core competencies for the purpose of producing clean energy – that will give it staying power in the industry, regardless of energy market conditions. 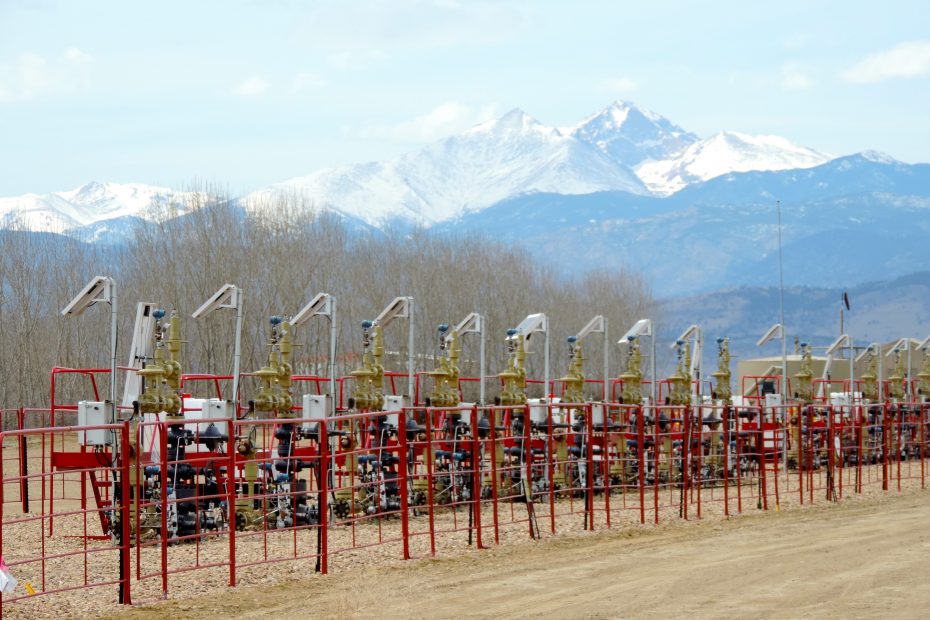 ‘I Hated Geothermal. Then I Realized it is Now Scalable’ – An Interview with Vik Rao